The bitcoin price has increased exponentially since it was first introduced. However, there’s more behind the numbers and letters. To truly understand the workings of bitcoin and its potential impact on society and the global economy, we must dive deep into what Bitcoin is.

Bitcoin is the world’s first decentralized, completely transparent cryptocurrency. It brings us closer to the vision of a free and pure internet that cannot be controlled or manipulated by any central entities. Satoshi Nakamoto created Bitcoin in 2009 as an alternative to traditional currencies, which he felt were limited by their centralized nature.

You’ve probably heard about bitcoin, as many people see it as a viable investment opportunity. It’s called “virtual” because it exists only online, and “currency” because bitcoin price fluctuates like the dollar or euro. This article will help you understand what bitcoin is, how it works, and what makes it valuable.

Bitcoin is a cryptocurrency, a form of electronic cash. It allows peer-to-peer transactions over the internet without needing a bank or third party. The surge in the bitcoin price has been driven by several factors, including an increased awareness of its existence and adoption by mainstream businesses.

Bitcoin is often called digital gold because of its limited supply. There are only 21 million bitcoins that can ever be mined (a low number compared to other cryptocurrencies). This limited supply makes bitcoin more valuable than other currencies because it cannot be inflated like fiat money. Bitcoin has also been described as an “epic store of value.”

How Does Bitcoin Work?

Current price of Bitcoin has grown into something much bigger than its creators ever imagined: it’s now a global phenomenon with a market cap of around $408.56B. Of course, the value of each coin fluctuates depending on supply and demand—but its users are still growing steadily every day! 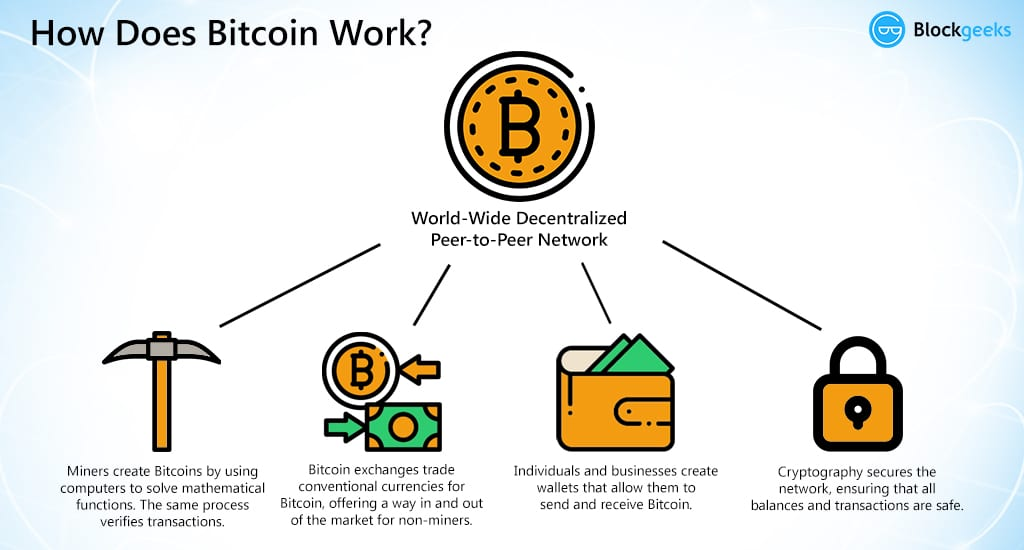 Bitcoin works using blockchain technology, which allows people to send and receive bitcoins without an intermediary like a bank or credit card company. Blockchain technology uses cryptography to create a decentralized network where all transactions are recorded publicly and securely on every computer running bitcoin software.

These transactions are verified by “miners” who dedicate computing power to solving complex mathematical problems in exchange for bitcoin rewards. When someone sends bitcoin to another person, they’re signing off ownership of those coins using their public key—a unique string of numbers generated when they created their wallet address.

Bitcoins are created through a process called “mining.” Mining uses computer power to solve complex math problems and verify transactions on the Bitcoin network. The first computer to solve a problem receives a reward in Bitcoins, which are then deposited into their account.

It takes about 20 minutes for a transaction to be verified by miners and added to the blockchain. Mining requires a lot of computational power because it uses algorithms that are designed to get more complex over time. This is done to make the process of finding new blocks harder as more people mine so that the number of bitcoins released per block remains steady.

Bitcoin As An Investment Tool

Individuals find bitcoin useful for investment and long-term storage of value because it has characteristics like liquidity, portability, and fungibility—Bitcoin’s price increases when demand for it increases. As more people invest in bitcoin, this drives up the price.

Therefore, it incentivizes people to buy it because they want to sell it at a higher price later. This phenomenon is known as speculation, and it’s one reason people invest in bitcoin—they believe its value will increase over time. The most common benefits include:

Investors who want to keep their identities hidden can use Bitcoin as it is anonymous when used correctly and does not require any personal information to be disclosed by users when transacting with other parties via blockchain technology.

Bitcoin’s advocates claim that it offers many benefits over traditional currencies and payment systems, such as lower fees and quicker transfers. Some also see bitcoin as an alternative store of value to gold or other commodities.

Bitcoin is a revolutionary and controversial new currency that allows people to exchange money without involving banks or other third parties. Technically, bitcoin can be used to pay for goods and services, but its primary purpose is to facilitate transactions of any kind: it’s like money with extra features.

Bitcoin price is market-dependent. Its value is certainly volatile and unpredictable. While bitcoin’s relevance and significance to society are still vague, it does open up the doors for innovation in the financial and technology sectors. The currency is still in its infancy, and there are a lot of kinks to work out before it will be ready for primetime.